NYC: Inclusivity as a physical, musical and spoken Conversation 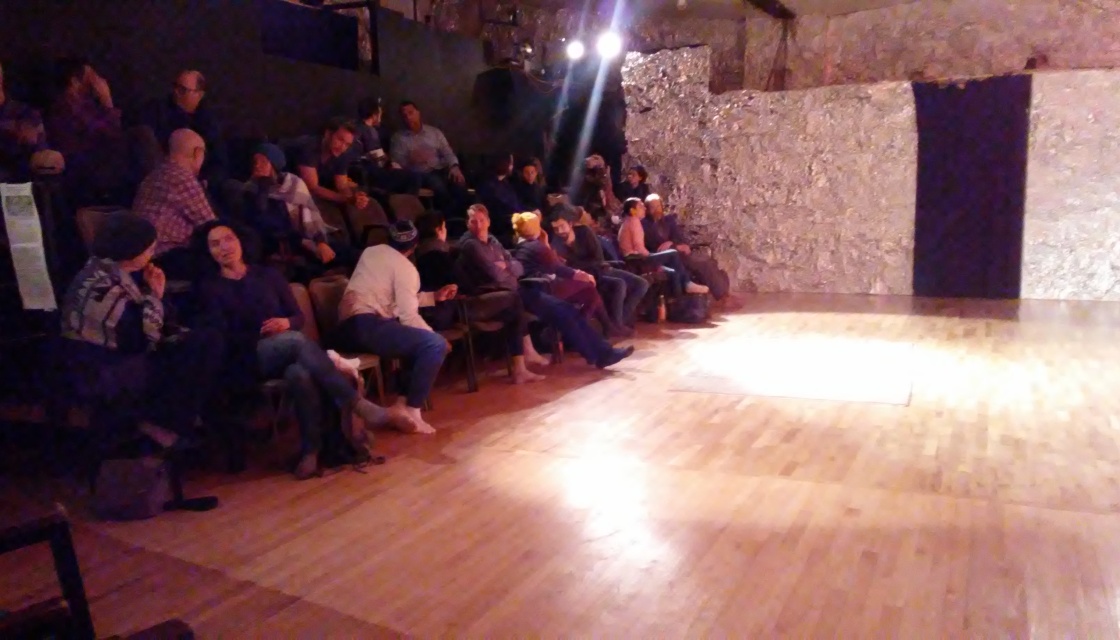 INCLUSION:  “Yeah-even when you are on the fringes you are really still a part of it. I love that about CI-when we are creating that kind of general vibe.” January 14, 2017    New York City Premiere at Jack (a cozy film and performance space in Brooklyn)  (http://www.jackny.org/) A variety of people showed up to this event.  There were 3-4 people who had never danced CI before and a few teachers of CI and a bunch of CI dancers who range in level and interest, race, age, and background.  I found the… Read More 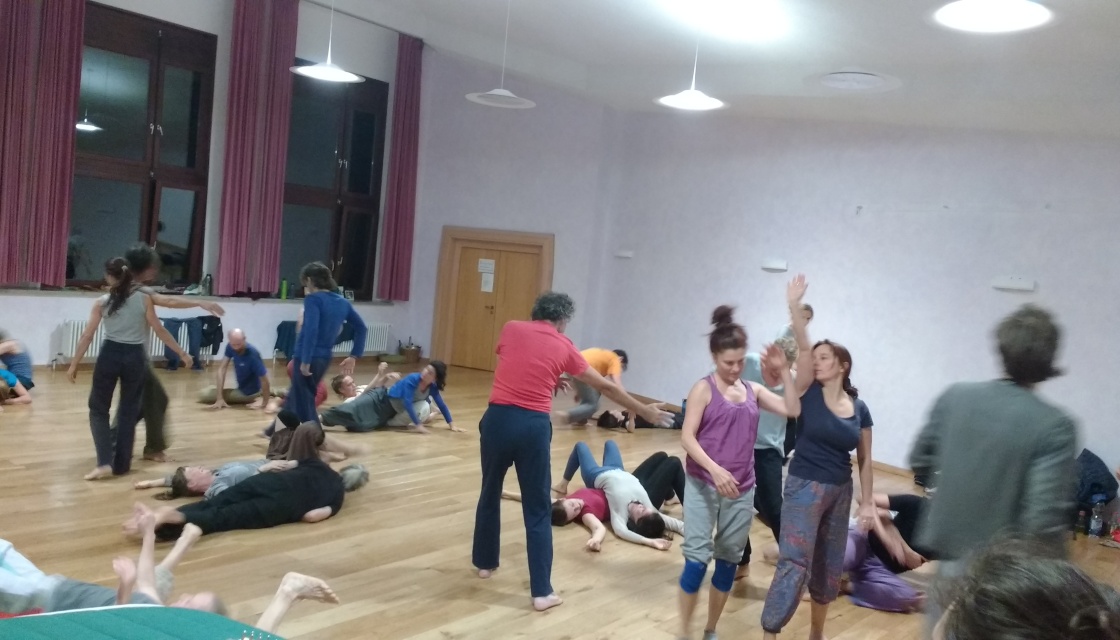 Ever wonder what people who don’t know anything about CI would say if they came and saw the film as their very first impression and then entered the JAM? Alyssa (A) interviews two brand new beginners  (B & C) at the showing & Jam,  Darmstadt, Germany  Oct. 2, 2016  A: So you guys came and saw the film. Did you also see Fall After Newton- the early film shown? Two Beginner Women: Yes. A: I am just curious since it’s brand new to you, 1. How you found out about Contact Improvisation… Read More 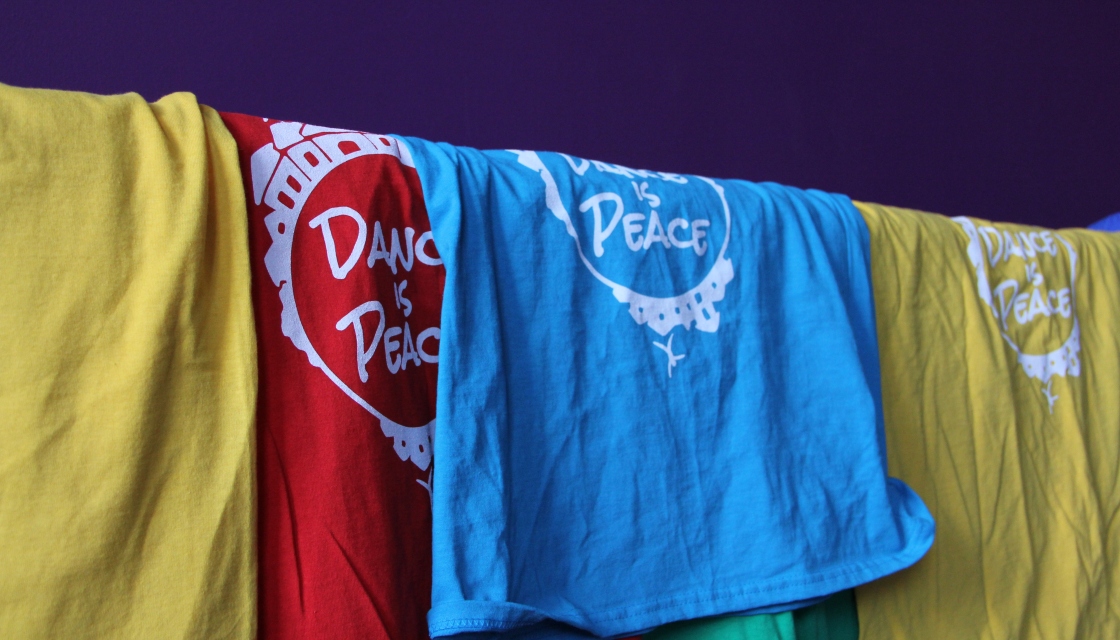 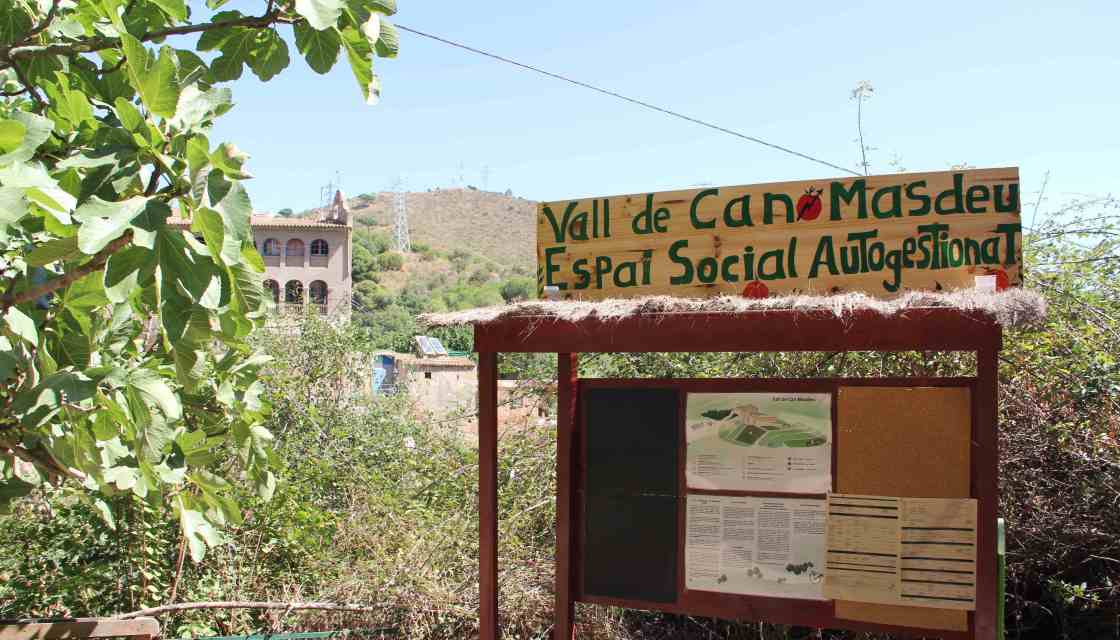 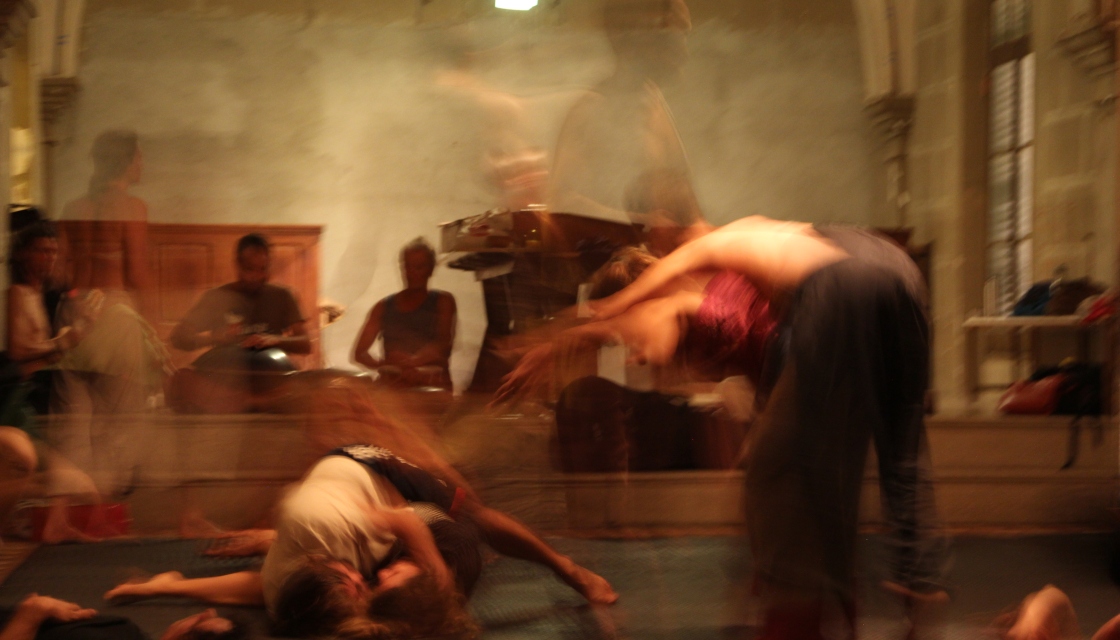 A lunch screening at: LONDON & VENICE… DANCE!! with Alyssa 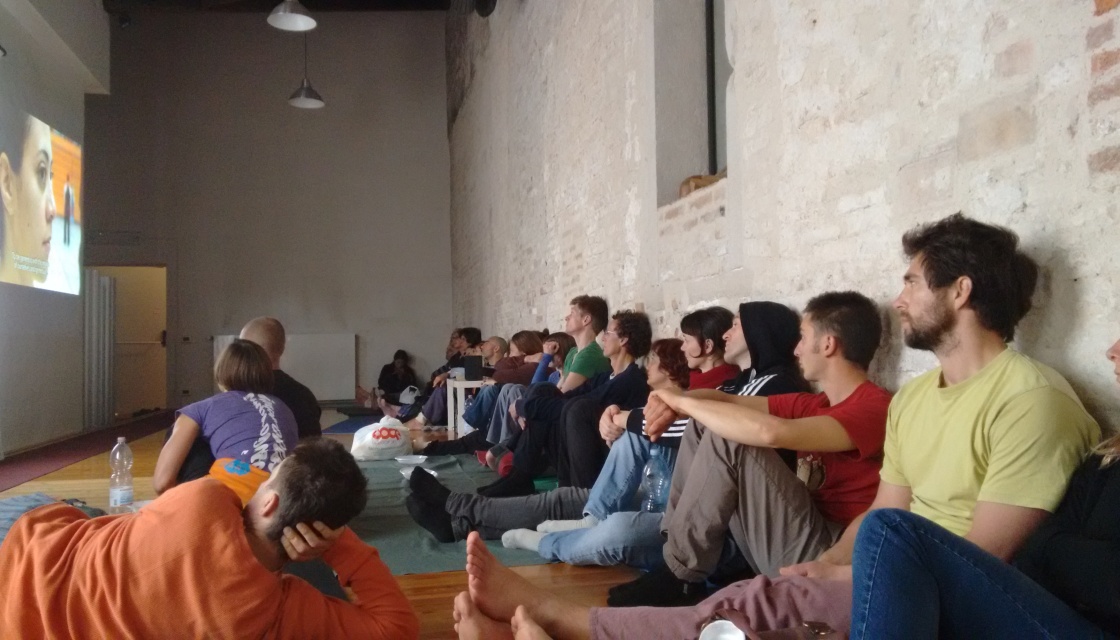 LONDON & VENICE… DANCE!! Sunday, May 3 at 3:00pm C.T.R. (Centro Teatrale di Ricerca) Giudecca 621, Venezia Organized by: Carla Marazzato & Monica Giacomin After the film we had a short sharing of how the film resonated. In this photo: we are with our eyes closed for one minute to find the thought, image, statement, moment we wanted to share. * Carla first saw the film at a screening Alyssa hosted at Earthdance in January.  Carla was there as an artist in residence for two weeks.  Afterwards we spoke and she shared how she felt really excited… Read More 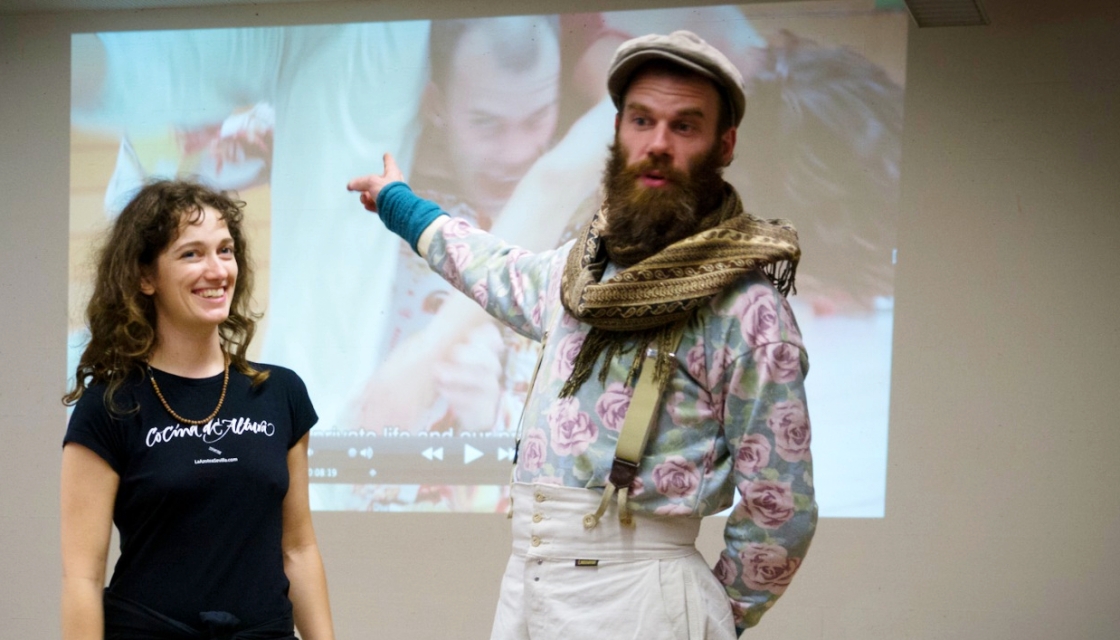 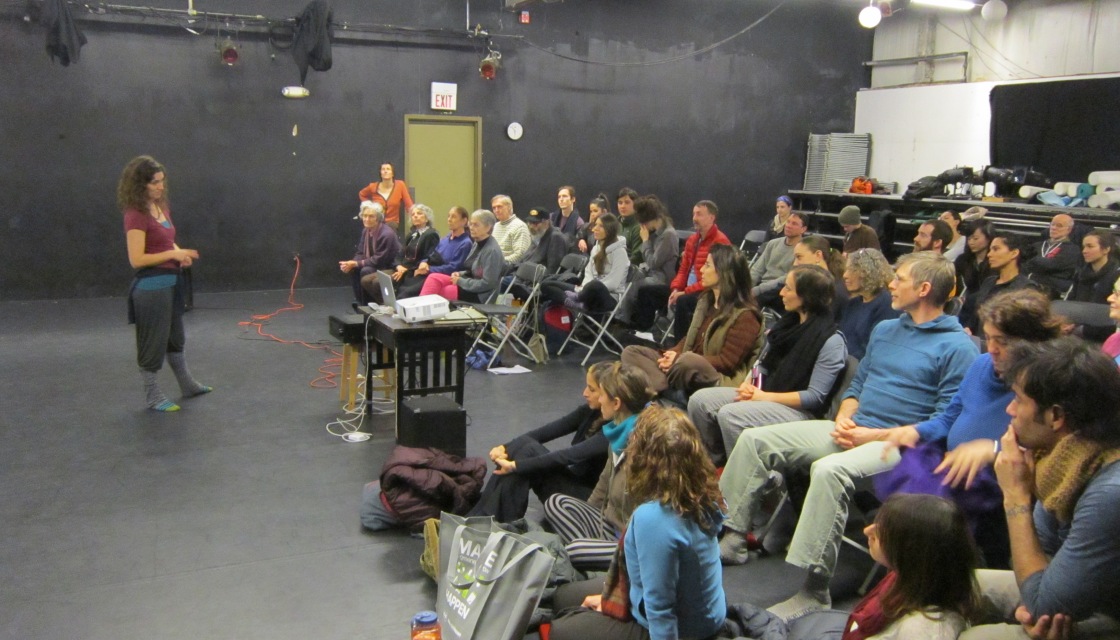 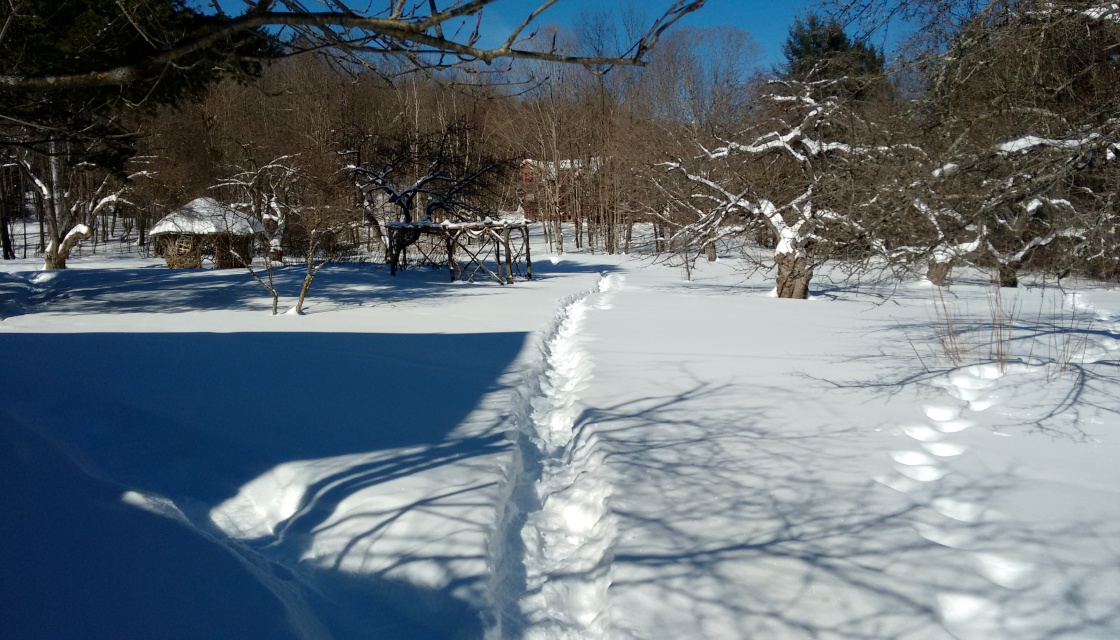